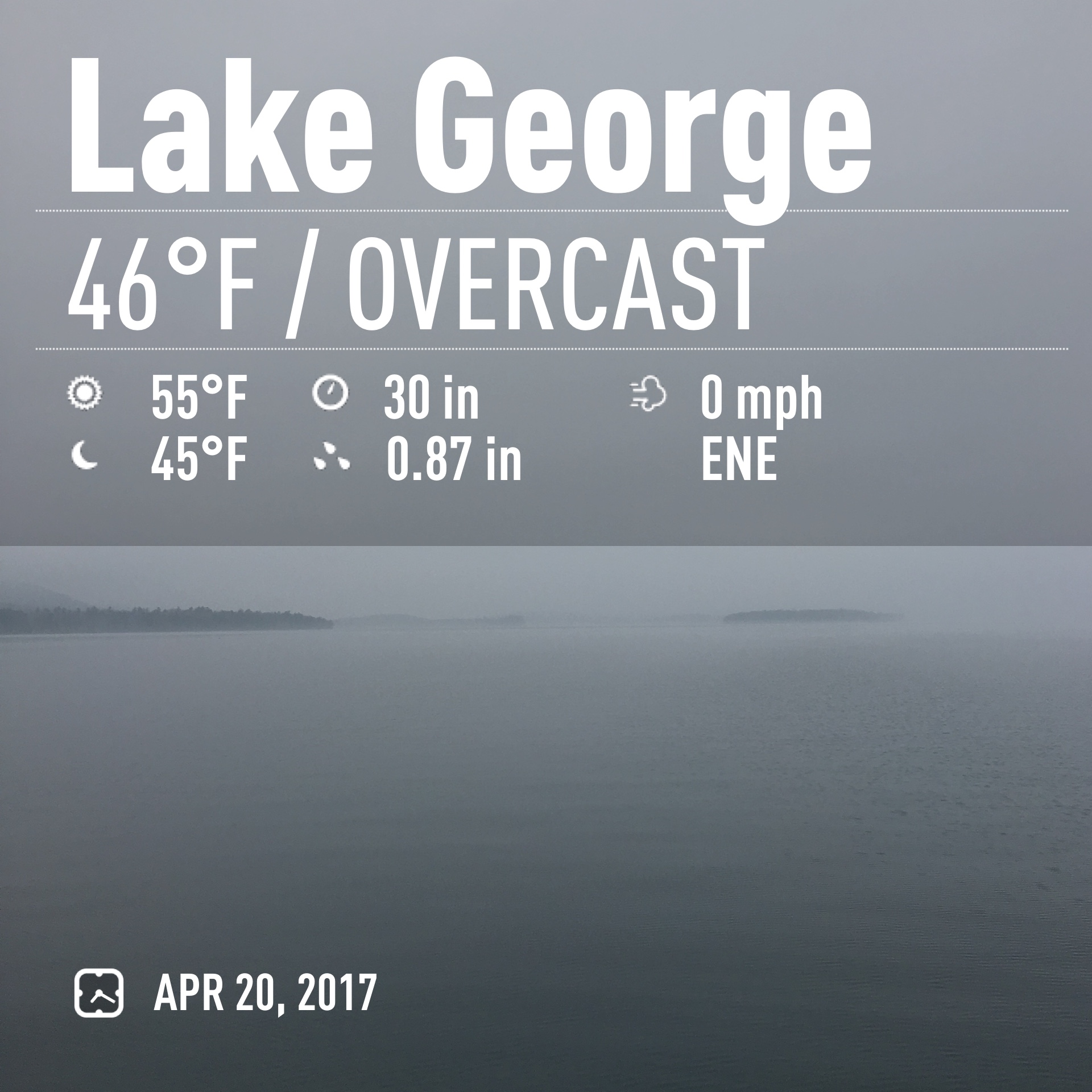 This was the first real fishing trip of the 2017 season.  We didn’t have any luck I spent time scanning the western shoreline of the southernmost part of the lake first thing in the morning.  This is an area that is known for shallow spring salmon.  I scanned the several tributaries and creeks that feed into the lake and there was no sign of bait fish (smelt) yet.  The water had not hit the above 44 degrees yet.

After giving up on looking for early spring patterns I went and checked out late fall and winter spots.  The sonar began to light up like a Christmas tree, however, the fish were not active at all.  Many bait clouds were found but they were being left alone, and most fish were spotted on the bottom.

I also made a light-hearted attempt to catch shallow Salmon with no luck.  I was using flies on a light leader, with a clear fishing bubble.