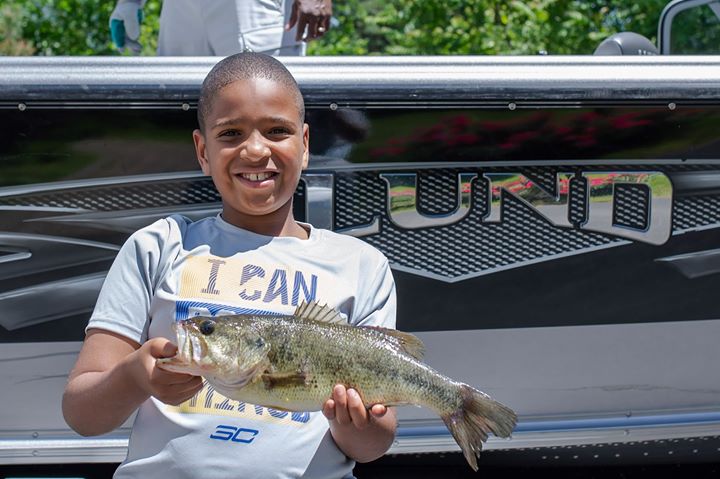 So today I took the boys out on Saratoga Lake. Camren caught his first Largemouth Bass. It was 16″. Plus it was on an Ultralight so his battle was very entertaining. I will admit…at first I thought he was snagged. His rod was doubled over. He kept fighting it…then it launched through the surface, I couldn’t get the net fast enough!! :-). OH! it gets better…a little less than hour later he saw a fish hit something on the surface. He says whoa!!!!…then has the presence of mind to do a perfect cast at the spot…and lands a 19″ Chain Pickerel on his ultra light. I wont ever forget this morning!!! One of the best parts in all of this was the several fishing boats around us, they erupted in cheers for him. He wasted no time telling mommy, grandpa, and random boaters at the dock…”I OUT FISHED DADDY!” That he did 🙂 #nysoga #saratogalake #takeyourkidsfishing