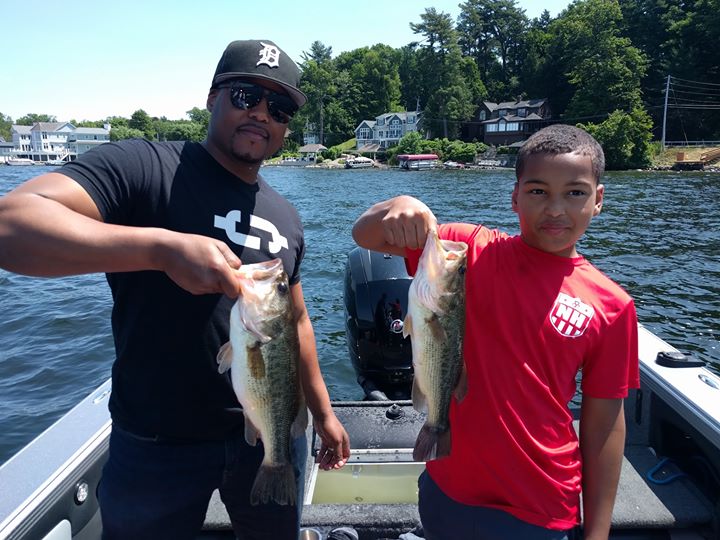 A few weekends ago I had the pleasure of taking these two guys out. Dad brought his son up here as a birthday trip. We hit up Saratoga Lake. Young man was first on the board with his beauty of a Largemouth, and some Crappie. I learned over the next few hours his trash talk was on point. He was ruthless was his father. It was quiet entertaining. Dad would not be denied though, and about 30 mins before we ended the trip he landed his own! It was another nice Largemouth at 17″ edging out his son by an inch! The laughs and smiles where priceless!

One Reply to “Some Healthy Fishing Competition”